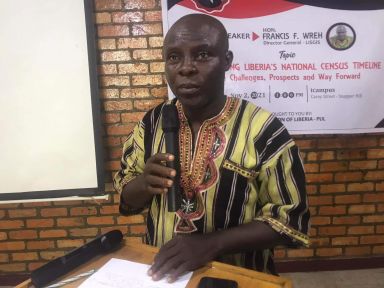 (Monrovia, March 29, 2022)- To enhance collaboration between media practitioners and security forces across Liberia, the Press Union of Liberia will on tomorrow Wednesday, March 29, 2022 commence the holding of a series of media security analysis dialogues at the YMCA in Monrovia.

To innovate ideas to help curb impunity against journalists in Liberia, the first in a series of conferences will provide the platform for media and security experts to share experiences and as well make recommendations to improve the very important roles of the media & security for the good of the state.

The Media- Security Analysis Dialogue is part of a United Nations Democracy Fund (UNDEF) project: Strengthening Independent Media and Freedom of Information in Liberia which is being led by the Volunteers for Sustainable Development in Africa (VOSEIDA) in partnership with the Press Union of Liberia and the Department of Communications & Media Studies at the University of Liberia.